Now, what I’m about to show you is one pipeline that I’ve found to be useful in my research lab. Of course you’re free to invent your own pipeline, but chances are you’ll end up with something like this: 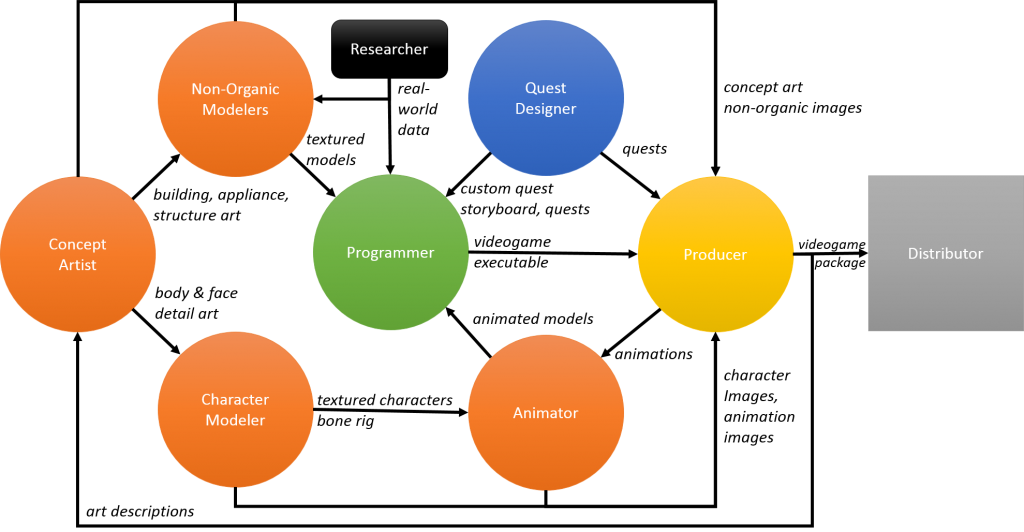 What is this? Well, for a complex video game, each bubble can represent (and usually is) one or more different people. But if you‘re an indie developer doing the entire game by yourself, then each bubble represents a different skill that you need to possess—a different hat.

Except for drawing concept art, this tutorial will teach you all the fundamental skills you need.

Very Brief Overview of the Pipeline

So assume you’re an indie developer doing everything.

Now that is a lot to do, and a lot of skills to learn (and I’ve even left out numerous details). So, this is why many games are developed by a team. But it is possible to wear all the hats and do it yourself, that’s what this tutorial is for–just don’t expect to have AAA aesthetics and visual effects!

CC BY – This work is licensed under a Creative Commons Attribution 4.0 International License.