Talking politics at work can be dangerous, but these tips will keep you safe

“Nick, I’m disappointed. I thought you were a smart person.” – Co-worker after finding out our political views differed.

“He should be FIRED or at least reported to the Office of Equal Opportunity.” – A colleague after another colleague told her that she shouldn’t decide on President based on gender or race.

Yes, those are actual quotes (to the best of my memory). From my university, no less. And lest I be misunderstood, let me be clear about my number one piece of advice regarding “talking politics at work”—Don’t! Especially if you’re a teacher in a classroom. As a teacher, your goal should be to teach students how to think, not what to think. So, I find it particularly problematic when professors pontificate politics from their pedagogy!

But if you’re aware of the risks and still want to discuss politics at work, here are some tips:

I know, I said this already. But it’s important to repeat myself because you have to know the risks, which are: (a) your co-workers now think you’re either an idiot, an -ist, certainly -phobic, and perhaps even the devil himself! or (b) your company fires you!

But again if you must, here are some tips:

Tip #2: Make your goal The Truth

You’ll notice that most people that you argue politics with either have a sports-fan mentality or they’re virtue signaling:

Sports-Fan Mentality. These people have decided that the Democrats or Republicans (or whatever political party) are “their team” and the politicians are like their favorite athletes.  For these people, their team can do no wrong, despite any fouls you may point out.

Virtue Signaling. Social media has given rise to a weird form of bragging: “virtue signaling”. This is showing off (signaling), usually on social media, how good and open-minded (virtuous!) you are to the world. To these people the truth is only relevant if it allows them to brag on Facebook about what a GOMP (Good Open-Minded Person they are).

Feeler. This is a person that puts feelings over facts. If they feel something is true, it must be true. All they need is one anecdote to validate their feeling. Once they have that anecdote, you can present them with all the facts in the world, but facts will never trump their feelings on the issue.

You can’t arrive at The Truth if you’re arguing with a Sports Fan, Virtue Signaller, or a Feeler. So politely disagree, be prepared to say why you disagree, and move on to another topic.

But if you are dealing with a fellow truth seeker, here’s my first tip: Don’t get mad.

It’s easy to get mad when someone disagrees with you on a political issue, like Global Warming. But remember that political issues are complex and there’s rarely a single correct answer like there is in math.

For example, if arguing the ridiculousness of Global Warming, you may point out that the polar ice caps have grown, and they’ll counter with “but the ice layer is much thinner”, which may seem like a ridiculous claim.

But it may be true, and you owe it to The Truth to find out. So don’t get mad. Ask for proof–data, sources, anything that will help you discover the truth.

If you can’t agree on something, then make it clear you disagree but that you’ll take their position seriously and look into it. Then actually look into it. Who knows? You may be wrong in which case you’ll learn something new, and you’ll have more of the truth on your side the next time you argue politics.

Postscript: These are my popular tips on arguing politics. They’re based on a more extensive theory I have, based on an opponent’s personal philosophy: metaphysics, epistemology, ethics, politics, and aesthetics.

Huge shift in market preferences after the March 08 primaries, which were “won” by Donald Trump.  Before I get to the shift, let’s look at the results:

Note that Trump’s percentages have gone up 4pts since my last report. However, Cruz looks to have solidified his position as the #2 candidate and, more significantly, Kasich has surged 4 points ahead of Rubio to take the #3 spot.  Kasich has not won a single primary, so his surge past Rubio suggests that the market believes he is the new “Establishment” candidate. 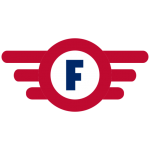 The markets mark the end of Rubio—Kasich passes Rubio.

In response, the Prediction Markets drop Trump 4-points, raise Cruz 11-points, and drop Rubio 9-pts, and raise Kasich 3-pts, which allows him to take the lead over Rubio:

It appears the market is predicting that Kasich is the new establishment candidate, and I believe he could mount a serious challenge to both Trump and Cruz.

It looks like the attacks by the GOP Establishment prior to the March 03 GOP Debates had an effect on Trump’s market score. He dropped from 81% to 71% since my last report on March 2 (post Super-Tuesday).

However, the post-debate graph is flat, suggesting Trump’s performance did not hurt him.  One interesting development is the introduction of Mitt Romney and Paul Ryan in the market as possible GOP candidates.

Super Tuesday is finally over, and the results have been tallied. In my opinion the New York Times had the most efficient infographic of these results:

How has the market responded?

We see a slight down-tick for Trump and a slight up-tick for Rubio.

The Data Disagrees with the GOPe

The New York Times recently published an article outlining several secret plans by the GOP Establishment (“GOPe”) to take down Trump should he become the Republican nominee.  Why? Because they are absolutely terrified that Trump will win the Republican nomination, yet then go on to lose big to Hillary in the general election. They’re certain that the best path to victory is some other candidate that reflects conservative values (well, other than Ted Cruz, of course, because “no one likes him”, they say).

I guess it’s all about The Greater Good. But let’s not dwell on their hypocrisy.  Let’s decide this with data.  Let’s see what the data says about their key claims: (1) Trump will win the Republican nomination; and (2) Trump will lose big to Hillary.

You can check this claim via prediction markets. A prediction market is a bunch of people that place actual money bets on who will win various events—like sports and elections. Because money is on the line, bettors tend to do their homework and research shows market predictions are more accurate than polls.

Here are the latest results from my favorite prediction market:

Note that the market has Trump winning by 61 points over his closest rival Rubio.  Conservative favorite, Ted Cruz, comes in last with only 1% of the market thinking he will be the Republican nominee. And the market is usually right.

One way to check this claim is to look at polling data, and one of the best sources of polling data is RealClearPolitics (“RCP”). They average different polls to come up with a single number for a variety of candidates and match-ups.  In their latest matchup between Trump & Hillary, they have Hillary up by 2.8 points:

But this particular poll includes a poll by PPD conducted in early February.  If that data point is removed, Hillary is only up by 1.3 points.

Data says: Unlikely (to losing “big”). But any loss is bad, and there is indeed a likelihood of losing.

My Recommendation to the GOPe

The data shows that Trump is not going to “lose badly” to Hillary if he’s the GOP nominee. In fact, the polling trend favors Trump.

If Trump does win the Republican nomination, my advice to the GOPe is this: Instead of secret plans to take down Trump, consider strategic plans to work with Trump to win the general election.

It is irrational to do otherwise.

(And no, I have not selected a candidate yet. I just don’t like the hypocrisy of the GOPe)