How to Create a Meme, Part 1: ProfessorF’s 4V Theory of Memes

There are no surefire formulas for creating memes, but there is “ProfessorF’s 4V Theory of Memes.”

One of the questions students always ask me is: How do you create a tweet that goes viral? Now if I could answer that question, I would be rich indeed. It’s plainly non-trivial, otherwise everyone would be creating memes and making money off of the ad revenue.

The problem is that creating a meme, like writing a best-selling novel or like shooting a successful box-office movie, is what I call a dialectical problem—a problem whose solution changes whenever someone solves it.

Many people have tried to give formulas. YouTube’s content manager gave a three-part formula for making a video go viral: 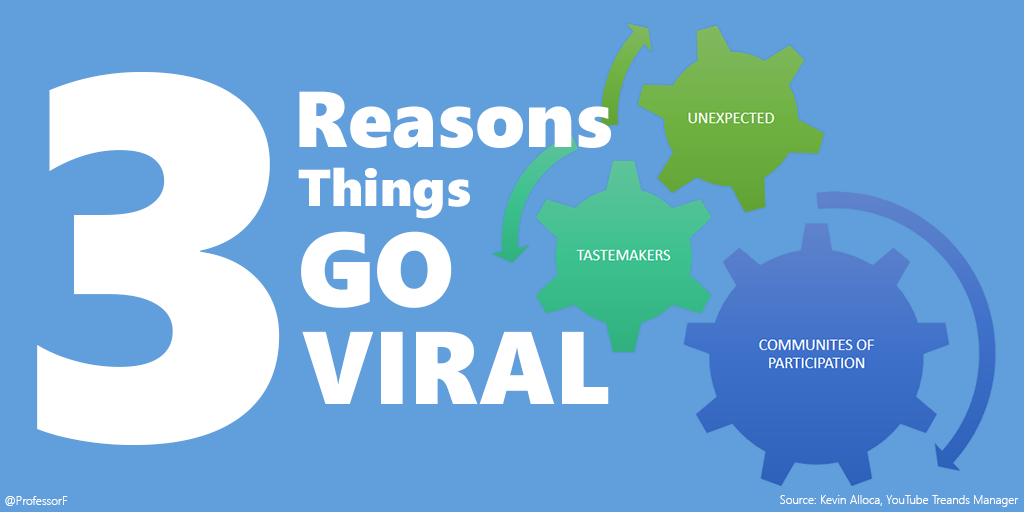 The problem is that (1) just begs the question: What is unexpected content?

This is where my 4V Meme Theory comes in.  Information will spread if it contains at least one of the following elements:

So, if your tweet, your video, or whatever social media content you create, contains at least one of these 4 elements it at least has a chance to go viral.  There are no guarantees. Tastemakers and communities of participation are important, but your content first needs one of these four elements.

In my next article, we’ll look at examples of memes containing Value, Violation, Verification, and Validation.